Black Seed Oil Health Benefits | Does It Cure Everything? 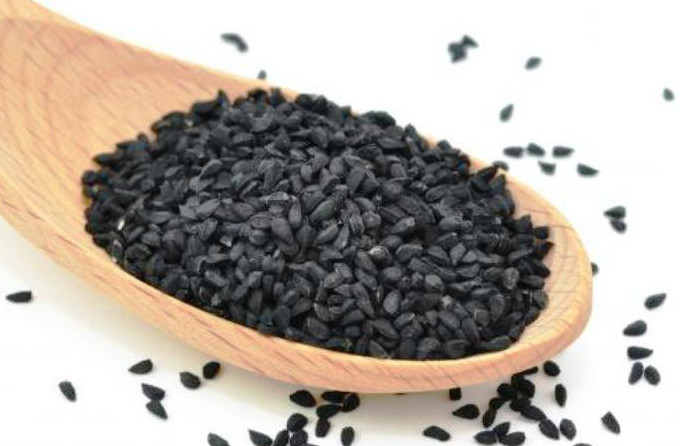 As with everything, if you are searching for the benefits of something that has a very long history of healing many things, you will come across many headlines warning you about the dangers and side effects of it. The black seed oil health benefits list is so long, it would be much easier to list here the things it hasn’t been known to cure and prevent.

And, as I’m sure you are smart enough to know, there are side effects to anything that you take too much of. Just start easy, and slowly increase. Also, there might be conflictions, as with anything, with pharmaceutical drugs. But I can’t for the life of me find any documented cases where anything terrible has happened to anybody.

Black seed oil, otherwise known as black cumin seed oil, or Nigella Sativa, scientifically, is becoming, with its increasing popularity, a bit of an enemy of the powers that be, for obvious reasons, if you know anything about the bigger picture of who they are. If not, read our About page, or do some digging via an alternative web browser to the one most people use…

You will here the usual things, like, “There is not enough evidence to support black cumin being effective in curing blah, blah, blah…”. But you can find a boatload of great testimonies about black cumin seed, if you are interested.

Here’s a short video with some testimonies.

Does It Cure Everything but Death?

If you have done research on it, you may have heard it said that black cumin cures everything but death.

Well, I don’t know about that, but it certainly is documented to have cured just about anything you can think of off the top of your head. And there certainly must be a reason why it is mentioned numerous times in the Bible, and has been used for the healing of a ton of things for thousands of years in the Middle East, Asia, and the Far East. 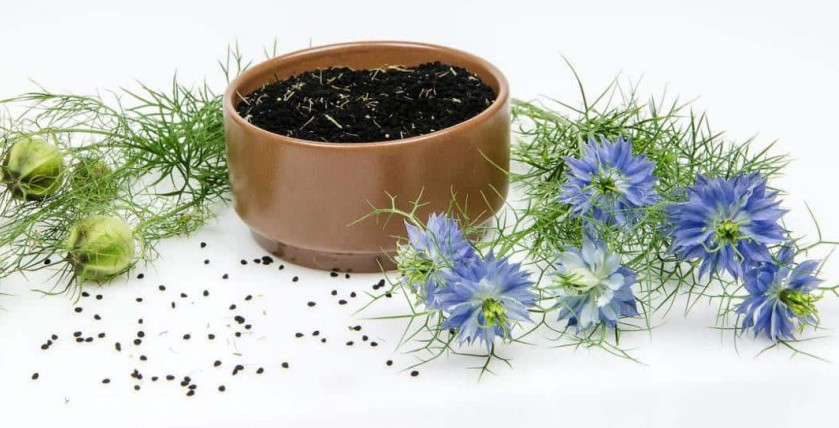 Black Cumin Seed, or Black Seed is the seeds from a plant called Nigella Sativa. This plant grows in the Middle East, Southwest Asia, and Southern Europe.

The flowers of Nigella Sativa are usually light blue, but sometimes white.

Thymoquinone is an anti-cancer agent.

What Are the Health Benefits of Black Cumin Seed

As already mentioned, it does seem that black cumin seed benefits just about everything.

As an anti-inflammatory, it can reduce inflammation of the brain, preventing and even reversing the effects of different forms of dementia and Parkinson’s disease. It will also lower blood pressure and bad cholesterol, as well as protecting the liver and other kidneys from damage. It can also reduce or reverse the symptoms of rheumatoid arthritis. And the list goes on and on…

But can it help with other things, such as… say… weight loss? 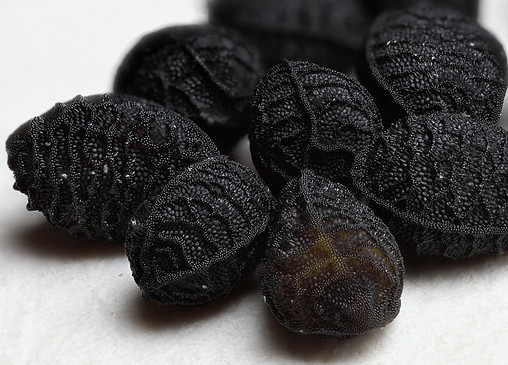 Obesity is very much associated with cancer, cardiovascular diseases, insulin resistance, and a weak immune system. Black cumin seed helps all of these things, but also aids in fat loss.

Here is a very respectable article on the studies of black cumin seed for weight loss.

What Are the Different Available Forms of Black Cumin Seed / Black Seed?

You could also eat the whole seeds, if you like. They could be added to yogurt or smoothies, or even salad and oatmeal. If eaten whole, they may be preferable lightly toasted. Black seed has a strong, rather bitter flavor, but many people who are strong believers in it say that you do acquire a taste for it, with time. Here is an article that will show you how to improve the taste of black seed.

You can also buy black seed lotion, which has great benefits for skin disorders, such as eczema, psoriasis, and acne.

Black seed oil can be applied topically to the scalp to promote hair growth, as well as overall hair health. I would suggest diluting it at first (if you are using straight oil), to make sure it doesn’t irritate your scalp. Then massage it in, daily, decreasing the dilution. You will have to be patient, of course. You will not likely see much for hair growth results for a couple of months, but you will see your hair becoming healthier, and you will probably become super smart, too, as it will permeate your brain and you will find yourself using big words you never even thought you knew.

Just kidding about that last part.

But the cool thing is, if you are taking black seed oil internally, as well as applying it directly to your scalp, your hair will benefit from both, as many of the causes for hair loss are underlying actual scalp issues. And as we surely can see by now, black cumin seed benefits these issues!

Read this article to learn more about black cumin seed for hair growth and how to properly apply it.

We have gone over what are the many black seed oil health benefits, and seen that they are most definitely many! We have learned what black cumin seed is, and can see why it is often said to “cure everything but death”, due to its being a powerful antioxidant, and containing lots of really essential vitamins and nutrients.

We have covered a few of the proven black seed oil health benefits (though the list goes on and on), and we have talked about black cumin seed for hair growth. I have become fascinated with black cumin seed, since having begun my research on it for this article. I have ordered some black cumin seed capsules, which should arrive any day now. I intend to append an update, once I have taken it long enough to see results.

If you are interested in ordering it, this is a great place to get them, and just about any other natural supplements. You’ll see there are no ratings yet, but this product is 5-star rated on Amazon (but more expensive there).

What Is Taurine Good For | The Wonder Molecule

15 thoughts on “Black Seed Oil Health Benefits | Does It Cure Everything?”