Different Types of Tea and Their Benefits for Health

You might be surprised at the many different types of tea there are, and their many benefits for health.

I am a creature of habit. Upon rising every morning I look forward to my two cups of steaming hot coffee. Then in late afternoon, especially on extra busy or frustrating days, my solace is a soothing cup of tea. Different
varieties for different days. My world then is back on an even keel. After all, millions of Europeans can’t be wrong. In fact, I think I will enjoy a wee cuppa while I write this.

The History of Tea

While doing research for this article I delved a bit into the history of tea. Yes history is my favourite thing. So please indulge me for a few minutes. I believe you will enjoy it.

China is the birthplace of tea and it dates back to about 5000 years ago. According to legend, in 2732 BC Emperor Shen Nung discovered tea when leaves from a tree blew into his boiling water. Apparently he described a warm feeling as he drank the strange brew. Believe or disbelieve. Your choice.

Anyway, to make a long story short the popularity of tea grew for many years. As well as for medicinal purposes, it became the drink of choice for pleasure and refreshment. The Chinese jealously guarded their tea crops. It is said that only young women, due to their purity, were allowed to handle the tea leaves. In so doing they were not allowed to eat garlic, onions, or strong spices to guard against the odour on their fingertips contaminating the leaves.

Up to the 17th century all of their tea was green. They then discovered that they could preserve the tea leaves by fermentation. This resulted in black tea which retained its flavour and aroma and could more successfully be exported to other countries.

During the 9th century China had introduced tea to Tibet. Being such a rugged climate and rocky terrain, they could not grow their own tea so it had to be imported from China via yak caravan which took nearly a year. To keep up with the demand, two to three hundred yaks carrying tea entered the country daily. These Tibetans have been very loyal to their tea, consuming an average of forty cups per day.

Again in the 9th century Japan became aware of this delicious elixir being grown in China. Tea became an integral part of Japanese monastery life, as it was used to keep the poor monks awake during their long meditation sessions.

In the late 15th century “Chanoyu”, or the sacred Japanese tea ceremony, evolved. It places supreme importance on respecting the act of making and drinking tea. To the point where special tea rooms were built and mastery of the tea ceremony was a prerequisite of women marrying.

The tea industry in Japan is the most technologically advanced in the world. 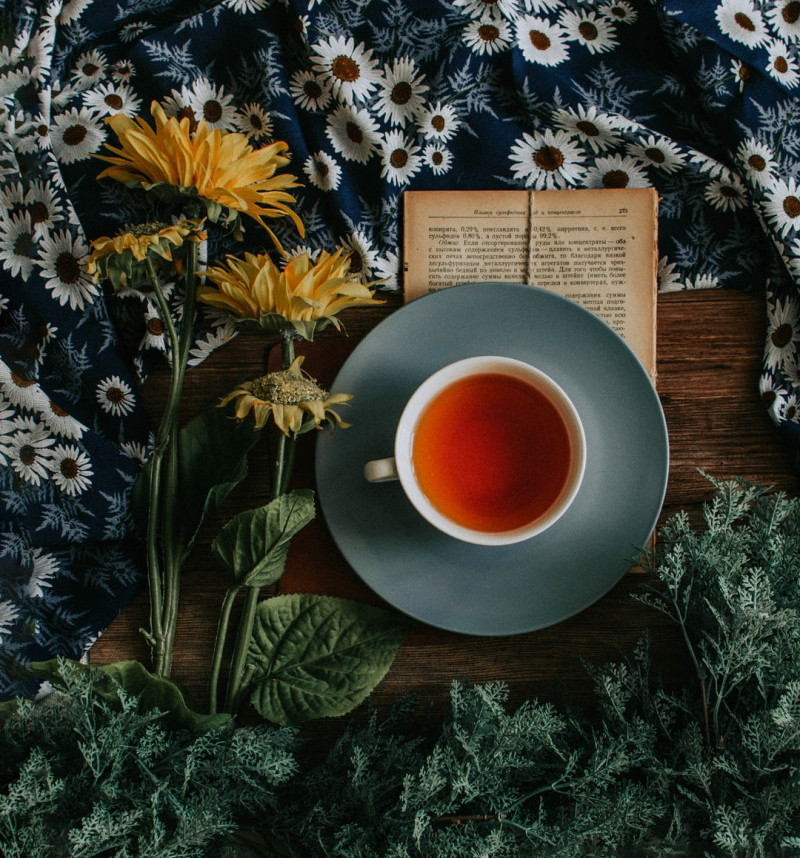 In 1618 the Chinese presented a gift of tea to Tsar Alexis of Russia and it was an instant hit. Thus a camel caravan trade route was established to transport the delicious brew from China to Russia. Astonishingly, this caravan covered 11,000 miles and each trip took nearly a year and a half. Thankfully for the camels in 1903 these caravans were replaced by the Trans-Siberian Railway, and thankfully for the tea lovers this cut the trip down to just over a week.

The Portuguese and Dutch were the first to import tea to Europe in 1610. England’s love affair with tea began in 1662 when King Charles II married a Portuguese princess. As an imported luxury only the wealthy upper class could afford to partake. The least expensive pound of tea available at that time cost the average labourer a month’s wages.

It was only natural that North America, being colonized by Europe, was a tea drinking continent from the start. Tea houses and elegant tea accessories were very popular in the new cities of New York, Boston, and Philadelphia. This resulted in the Boston Tea Party during the American Revolution, of which I am sure you have heard.

The United States are credited with a very important change in the tea industry. Filling glasses with ice and then tea during hot days began a huge craze and iced tea came into favour. Today the US alone enjoys close to 50 billion glasses of iced tea per year.

Different Types of Tea and Their Benefits for Health

OK enough history for this time. It is time to commence with the different types of tea and their benefits for health, which are many and varied.

Firstly, herbal teas. There are many varieties of these teas as they are derived from different herbs and roots. They also boast huge health benefits.

Chamomile tea
fights depression, stress, and anxiety as well as assisting some people with insomnia.

Elderflower tea is useful in treating colds as it has decongestant properties.

Rooibos tea, or red tea, is almost a magic elixir, as it benefits the bones, skin, heart, and immune system, as well as slowing down the aging process. It is truly a bouquet of minerals such as calcium, copper, iron, magnesium, potassium, and zinc, and is caffeine free.

Yerba Mate tea is called the tea of the Gods in South America. It helps to stimulate body and mind but does not produce jitteriness. It reduces cholesterol, kills colon cancer cells, stimulates the immune system, and promotes weight loss.

Other Types of Tea 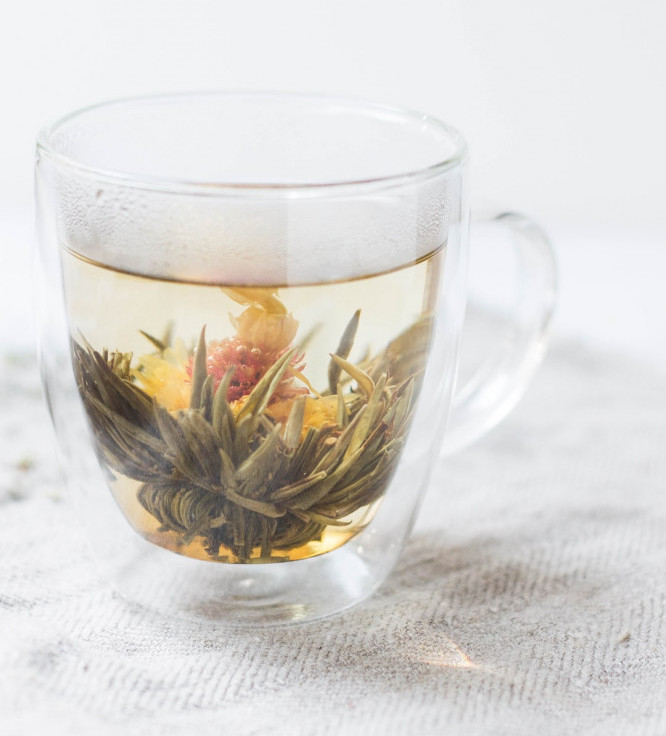 Ok another tea is white tea. It has a light colour and mildly sweet taste (good for those who find most tea has a bit of a bitter taste). It is full of antioxidant and anti-aging properties, contributing to neutralizing free radicals and helping to protect the skin from harmful UV rays. It helps to maintain good oral health and relieves the symptoms of flu and colds.

In keeping with the colour theme, there is black tea. It is useful for strong bones, healthy teeth, and a lower risk of stroke. It reduces stress, increases energy, and promotes good gut health.

Oolong tea is a cousin to both black and green teas as it is made from the same shrub. However it is partially fermented as opposed to black tea which is fully fermented and green tea which uses no fermentation at all. One study found that drinking more than two cups of oolong tea per day cuts the risk of ovarian cancer by 50%. It also increases bone density. High blood pressure, skin allergies, diabetes, and weight loss are all reduced by this tea.

Now to our original tea, which is green tea.

It was considered one of the healthiest beverages on the planet for increasing brain function, lowering anxiety, and increasing dopamine.

It could reduce the risk of Alzheimers and Parkinsons as well as lowering the risk of breast, prostate, and colorectal cancer.

Well, not so much anymore, unless you can manage to find some with low fluoride content. More on that in a bit…

Green tea can boost the metabolism, kill bacteria, and lower blood pressure. Wow, this baby is a keeper.

Another use that I have discovered is that putting a green tea bag on your eyes after brewing your tea is excellent for reducing puffiness caused by allergies such as outside plants and pollen. Allow the tea bag to sit on your eyes for about fifteen minutes and you will be amazed at the results.

That pretty much sums up the myriad of benefits of drinking tea. And what a variety to choose from.

Now of course all sorts of flavoured teas are available, whether in hot or iced tea. My words of caution – remember to read the labels and watch for sugar content. It is obvious that these simply negate the powerful benefits of pure tea. Now a Strong Word of Caution

I don’t want to sound like a wet blanket, but it is very important to get the right tea from the proper sources!

These days there is a lot of fluoride in our soil. And tea loves to absorb this known neurotoxin. Some teas, in fact, have dangerous amounts of fluoride; like exponentially more than is in tap water!

Here is an excellent and thoroughly informative article on tea and fluoride. Everything you need to know (and you NEED to know!) about fluoride in tea, and how to avoid killing your brain while still enjoying tea, and a whole lot more.

According to the article linked to above (https://truthaboutfluoride.com/) there are 4 tea brands that contain very little to no fluoride:

Enjoy your tea. It is one of life’s little luxuries.

Just make sure you know what is in it – like anything else, I reckon…

Black Seed Oil Health Benefits | Does It Cure Everything?

How to Slowly Poison Someone | Is Fluoride Good or Bad?

Back to the Top: Different Types of Tea and Their Benefits | History of Tea