Are People Getting Less Intelligent as Time Goes On? 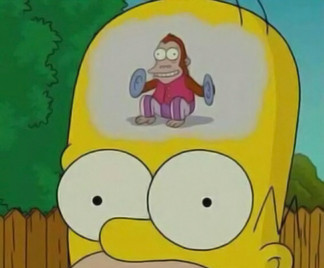 Are human beings becoming more and more dumb as time passes? And if so, why are people getting dumber than ever before? Are smartphones making us dumber? Is it that nobody reads books anymore?

And if the world is getting less intelligent and lazy as time moves along, what would be some other causes? Is it just smartphones making us dumber, or could there be environmental factors to blame? Does the type of food one consumes affect their mind/brain functions?

Let’s get to answering these important questions.

Are Smartphones Making Us Dumber?

Has technology actually made the average person dumber?

Well, quite simply… Yes. But there are other factors besides “smart” devices turning us into dumb people, (not to mention more lazy), as time goes on. It is funny (actually it is probably anything but funny) that as devices and technology get “smarter”, people get less smart. It’s funny in the same way that the people who always talk about how busy they are are the ones spending the most time on Farceblock…

A recent study by the University of Texas at Austin, “Brain Drain: The Mere Presence of One’s Own Smartphone Reduces Available Cognitive Capacity, found that people’s brain power was measurably decreased when their cell-phones were put in a different room. Cognitive capacity was significantly reduced, even when their smartphone was within their sight—placed face down and turned off.

It is perhaps unfair to conclude that using cellphones or other devices makes everyone dumber. Of course it depends on how (and how much) you are using them. A young person who spends a cumulative 7 hours a day on TikTok is not going to grow up (if they ever do) to win a Pulitzer prize for literature, I can promise you.

But what about the radiatory ramifications of near-constant use of smartphones and other electronic devices?

Safe Levels of EMF Radiation and How to Reduce Them

Does EMF Exposure Damage Your Brain? 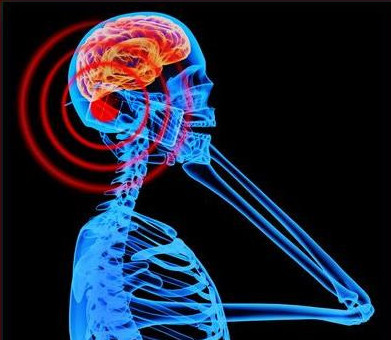 damage to the brain.

In addition to the physical repercussions of smart devices on our brain health (if that makes sense…), what are the psychological effects of all of the conveniences these devices provide?

Well, they kind of replace having to exercise our minds, don’t they? We don’t have to work for anything anymore. We don’t have to think about anything anymore. Yes, we can gain a lot of knowledge about all manner of subjects much more easily than having to go to the library and dig through physical indexes, only then to have to rifle through a mass of pages once we have found the right book.

Of course, finding factual information on the interweb is getting to be more and more like finding a needle in a haystack. We have to be very diligent and determined, with certain subjects, especially.

And a head-full of false information doesn’t make you any smarter than a headful of nothing at all!

If our brain is a muscle, we may be desperately long-overdue for a trip to the gym.

How Social Media Dumbs Us Down

Social media sites in general impair cognitive performance. This probably doesn’t surprise too many people, but it is particularly bad when it comes to students.

Social media affects the attention span, and thus the ability to learn new information. And students these days are already extremely disadvantaged, since schools have become little more than indoctrination centers used for the purposes of social engineering. I didn’t intend to go there, but actually it really fits the topic, speaking of things that make you go “D’UHHH!!”.

While we’re on the topic of education (we’ll get to junk food’s effect on the brain shortly), here’s a question for you, just for fun:

If eating junk food is bad for the brain, why do school cafeterias constantly serve it?

Anyway, if you hadn’t considered that social media could be making people dumber, watch the following video. I think doing so could take a person off of a path to utter mental demise. It might even shock you, if you’re into that:

Can Dehydration Cause Brain Damage? | Are Water Filters Worth It?

Are You “Too Busy” to Eat Healthy Foods?

Most people know the physical health risks of eating convenient “food”. But to me it is seeming more and more like many people actually have never stopped to consider the detriment to their mental health, when they eat Pop Tarts for dinner, for example.

Being too busy to cook a proper meal once a day is no excuse for killing yourself, physically and mentally, is it? I realize that it is getting harder and harder to earn enough money to buy real food, much less keep the lights on and a roof over our heads, so we may have to work a lot more than we once did. But I think I would rather be homeless and alive and coherent than dead with Alzheimer’s because I needed to save 20 minutes a day by eating a microwaved meal from a can or box. 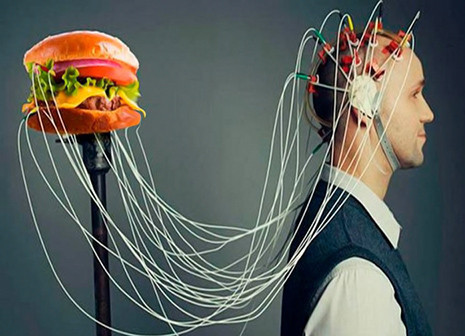 Not that convenience is the only reason people eat junk food. It might start that way, but processed food (mostly due to it’s high sugar content), becomes an addiction. It gives us a dopamine rush, which we might not even notice. We just know we feel good while we are eating it. Then our brain’s reward system demands more and more.

This addiction can even trick us into thinking that we are too “busy” to prepare something healthy, and opt for the thing that gives us that instant gratification. And we get to feel noble about it!

I notice when I stop the cycle of eating junk food that it is hard for awhile, and then after a couple of days of denying myself, I don’t miss it. You may be different, but maybe try going 4 days or a week. Even if you still crave it, it won’t be as bad. And you will notice it in the way you feel, both physically and cognitively. And maybe even emotionally.

Yes, research clearly proves that the world is getting dumber and more lazy. Whether or not this has been engineered I will leave up to you to decide, should you choose to even consider that. But it should definitely make us think about what we can do as individuals to prevent ourselves being one of the casualties—unnecessarily—of all of these factors that combine to seriously damage our mental health. And what will a world-full of docile, brain-damaged people look like? Have you ever seen the movie Idiocracy? As funny as it is, it could almost be a documentary.

Some may not think much about it, but those of us who have been alive for more than 2 or 3 decades can look back and see how quickly the decline has happened already—how far we have fallen—and when we stop to think about it, it is terrifying.