Is There a Cure for Fibromyalgia?

It was recently reported through Good Housekeeping that Lady Gaga has just released a documentary entitled Gaga: Five Foot Two which, among other things, reveals her constant and painful fight with fibromyalgia. Within the film she states that she has no idea how people without her financial means can possibly survive these horrid attacks. Her money allows her to obtain the best of medical treatment and support staff. Others less fortunate struggle on. But hold on – Is there a cure for fibromyalgia that is being hidden from us, like everything else?

The release of the above-mentioned revealing documentary is very good news for those suffering all the same symptoms but not receiving the assistance they need. Hopefully it will raise fibromyalgia awareness, since few people understand the disease, but could it be that there is a cure for fibromyalgia?

“I Cured My Fibromyalgia”

There are many people who have a hard time believing that horrid diseases might have a cure. So for them we will provide some really good information for coping and pain management, and even alleviating fibromyalgia symptoms.

But first, let’s talk a bit more about fibromyalgia, and hear from some actual sufferers of it.

But a diagnosis was elusive and a guess, at best. After countless consultations with doctors, test after test, and every conceivable pain medication, no end was ever in sight.

It is Not “Psychosomatic”

The fear of the unknown is often as worrisome as the pain itself and for these desperately ill patients there was never a reprieve. Often they were told that their pain and related symptoms were psychosomatic or stress related.

When the name fibromyalgia was eventually attached to the malady, it was rarely taken seriously, much less recognized as a very real, very painful disease. Naysayers often accused doctors of using this as a convenient label when the symptoms fit no familiar or well known diagnosis. Even worse, the pain-ridden, frustrated, frightened sufferers were accused of being hypochondriacs or “whiners.” 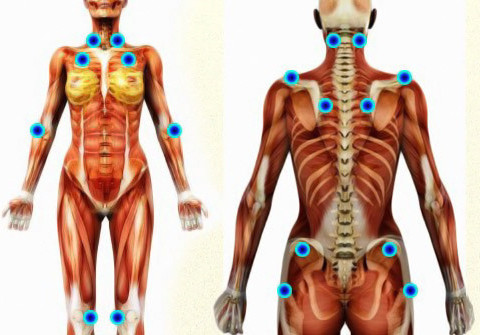 From Someone Who Knows:

Here are two websites provided by one of the fibromyalgia sufferers who I interviewed as well as a quote from her:

“As explained by my pain specialist we have multiple tender points on the body and tenderness is felt on eleven to eighteen of these points by fibromyalgia sufferers. They are painful lumps that develop in tight bands of muscle and form when the muscles contract and do not fully release. I had fifteen of these, oddly enough the most tender being on the insides of my ankles.

“I have experimented with many, many treatments to ease my symptoms and these are the ones that were successful for me: Acupuncture, trigger point injections, relaxation techniques, nutrition, chiropractic care, gentle exercise program or massage, hot baths with Epsom Salts, behavior modifications, posture training, meditation, and an assortment of medications recommended by my doctors. Other patients may benefit from physical and occupational therapy, pain management and coping techniques, and pacing”.

Foods To Be Avoided

As previously mentioned a healthy diet assists in managing fibromyalgia. There is no single set of dietary guidelines that is right for every sufferer but the avoidance of some foods, such as these listed by WebMD, offer benefits to some:

A new treatment has recently been discovered called Laser Therapy which is a restoresensor neurostimulator which sends electric currents to automatically neutralize pain. 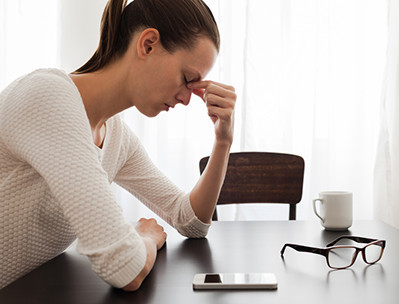 The worst thing about fibromyalgia is that stress increases your pain. You must decide to learn to reduce stress, first by identifying your stress triggers. While negative events are of course more stressful, be sure to also assess positive changes in your life. Once this is done, it
is possible to begin to figure out strategies for dealing with them. Seek help with this from family and friends. Stress may not disappear from your life, but with practice you can learn to reduce stress or even eliminate it. Relaxation techniques are an essential part of stress management.

Researchers now know that fibromyalgia is a muscular skeletal disorder that amplifies the way the brain processes pain.

The condition typically begins following severe trauma such as an accident, a surgery, or after massive psychological stress.

Symptoms of fibromyalgia are many and varied and differ in each patient. Here is a list adapted from one compiled by fibromyalgia author Devin Starlanyl, as well as from other sources: 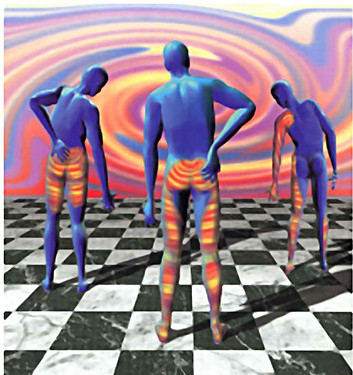 Okay, But Is There a Cure for Fibromyalgia?

“I Cured My Fibromyalgia…”

At this point I would like to provide a link to an article by a former woman sufferer who has found the secret to curing her fibromyalgia pain.

Joette Calabrese, HMC, CCH is completely symptom-free from taking one single single homeopathic remedy! How I Cured My Fibromyalgia with One Simple Medicine

“First, I stopped taking analgesics, antibiotics and any other such baloney. But the real change appeared (which practically happened overnight) after I took a homeopathic medicine.

“…It’s the number one remedy for joint, muscle and oft chronic pain and tenderness”.

The remedy she is referring to is called Rhus Toxicodendron, or Rhus tox for short.

“For myself, I used Rhus tox 200 twice daily for about a week, and that was all that was needed. And just like that, my Fibromyalgia was gone.   …never to present again ever.”

“I cured my fibromyalgia with FOOD”

Mother who suffered with chronic pain claims a new diet ERADICATED her symptoms.

Amir Minerbi, of the Alan Edwards Pain Management Unit at Montreal’s McGill University, says that “fibromyalgia and the symptoms of fibromyalgia — pain, fatigue, and cognitive difficulties — contribute more than any of the other factors to the variations we see in the gut microbiomes of those with the disease.”

He used various techniques to eliminate the variables that could influence the link between gut bacteria and fibromyalgia.

Among these variables are age, diet, exercise, medications, and exercise. 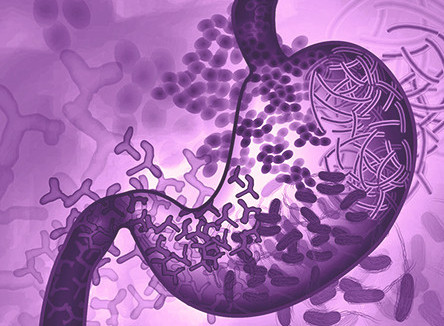 Using a type of artificial intelligence called ‘machine learning’ to analyze the microbiomes in the stool samples of 156 female Montreal residents (they also gave saliva and urine samples), Minerbi’s team was able to identify which participants had fibromyalgia with an accuracy of 87.8%.

Whether or not diet or exercise influence fibromyalgia, good gut bacteria are widely thought to be produced by a proper diet and exercise. Consuming fermented foods like sauerkraut is said to increase the level of good bacteria in the gut. Also, the fibers and sugars in fruits and vegetables can boost gut bacteria health.

People are different, and different things seem to work for different people. The secret is to research with the mindset that you are going to get to the bottom of it and find a solution, and not with a mindset of resignation, due to believing the commonly prescribed dictates of the medical industry. They are not interested in cures, but selling drugs.

Here are some other things to strongly consider:

And here is the link again to the Rhus Toxicodendron.

Have some hope, and happy researching!

Back to top: “Is There a Cure for Fibromyalgia?”