What Are the Different Forms of Dementia

And What to Do

Let’s talk about what are the different forms of dementia and what to do to prevent or inhibit their progress.

This one cannot be written in a light-hearted way.

Dementia is an ugly, horrendous, debilitating disease which robs sufferers of their ability to function on their own. But most of all it robs them of their dignity. For their loved ones, it is gut wrenchingly sad to witness.

My family has suffered immeasurably from this affliction. My mother had Alzheimer’s for many years before succumbing to it. Currently my husband suffers from advanced Lewy Body dementia. So I know of what I speak.

Dementia is the umbrella term for a number of neurological conditions.  The common denominator being a global decline in brain function. It is a condition that has been noted in people for hundreds of years. Although the risk of getting dementia increases as we age, people in their 40’s and 50’s have been known to get it. This is referred to as “early onset dementia.”

What Are the Different Forms of Dementia:

Alzheimer’s is the most common form of dementia.

While studying the brain of a deceased patient, Dr. Alzheimer, in 1907, found shrinking of the outer layer of the brain. This is the region involved in memory, language, and judgment. It is caused by the death of brain cells. Deposits or plaques are formed which impair the synapses so signals cannot pass between these brain cells. Then tangles appear which kill the cells by preventing the normal transport of food and energy.

Many people find the changes in behavior caused by Alzheimer’s to be the most challenging and distressing effect of the disease. In the early stages irritability, anxiety, and depression are experienced. 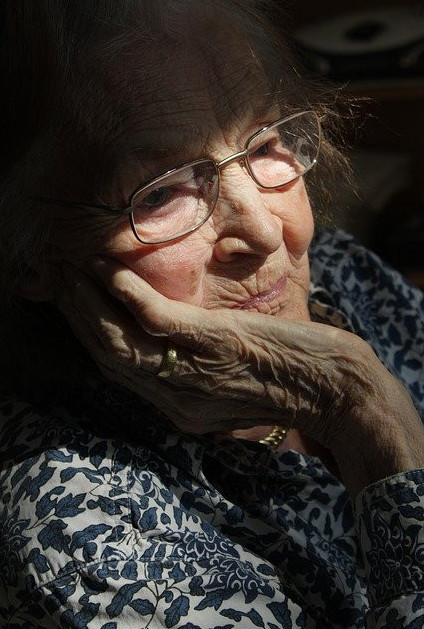 Then, in later stages, other symptoms may occur, such as aggression and anger, anxiety and agitation. Others may include general emotional distress. These show up as physical or verbal outbursts, restlessness, fidgeting, sleep issues, and evening agitation known as sundowning.

Symptoms vary and the disease progresses at a different pace according to the areas of the brain affected.

Unfortunately this nasty disease eventually leads to complete dependence and finally death. There is currently no single test to identify Alzheimer’s. Thus the diagnosis is made only after careful clinical consultation.

Vascular Dementia is a broad term used for dementia associated with blood circulation to the brain.

This type occurs more often in men than in women. People with this form of the disease decline more rapidly than those with Alzheimer’s.

Multi-Infarct Dementia is the most common type and is caused by strokes occurring progressively over time.

This causes damage to the brain cortex, associated with learning, memory, and language. Symptoms to watch for are severe depression, mood swings, and epilepsy, among others.

Binswanger’s Disease, or Subcortical Vascular Dementia, occurs when the white matter deep within the brain is damaged by strokes. Strokes are caused by high blood pressure, thickening of the arteries, and inadequate blood flow. Symptoms present as lethargy, difficulty walking, emotional ups and downs, and lack of bladder control. 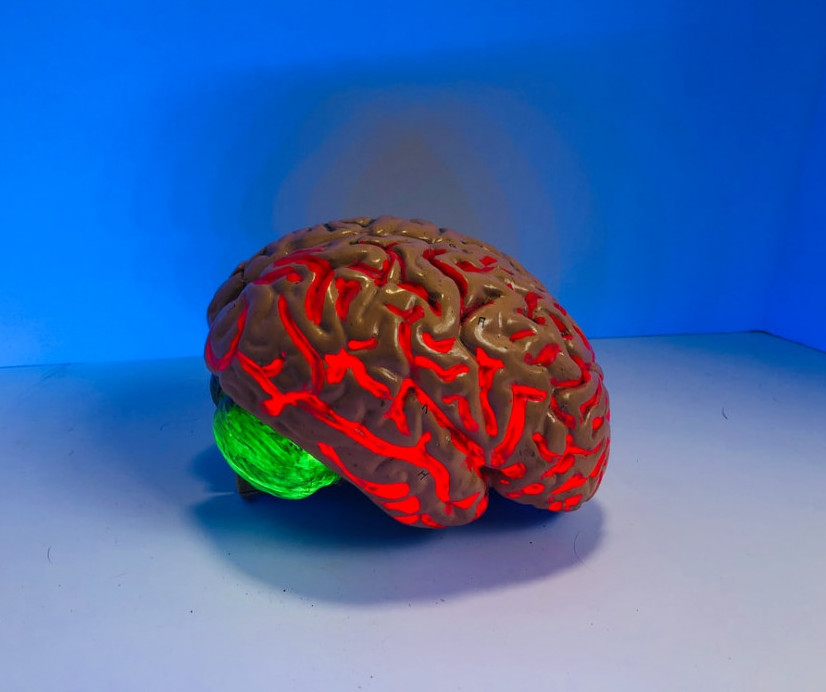 This type of dementia is caused by the degeneration and death of nerve cells in the brain. Lewy bodies are abnormal spherical structures which develop inside nerve cells. These contribute to the death of the brain cells. There is currently no known cause of Lewy Body disease and no known risk factors have been determined. Unfortunately, it can happen by itself or along with Alzheimer’s or Vascular Dementia.

Symptoms are difficulty with concentration, extreme confusion, and difficulty judging distances. However, three symptoms which only occur with Lewy Body are visual hallucinations, paranoia and delusions, Parkinson-like tremors, and fluctuation in mental state from lucidity to confused and disoriented in an instant.

The progression of Lewy Body occurs more rapidly than with Alzheimer’s and leads to complete dependence. The average life span after the onset is approximately seven years.

For more information Robin Groves who was diagnosed with Lewy Body in 2006, in partnership with his wife, has produced a three part DVD well worth watching.

Dementia and What to Do: Diet and Exercise

I read an interesting and encouraging article in The Women’s Alzheimer’s Movement which lists ways to supposedly reverse memory loss or prevent dementia. They are as follows:

3. Exercise daily. Studies show that physical activity can prevent or slow down the progression of cognitive decline.

4. Supplement wisely. Multi-vitamins, minerals, omega 3,B6, B12, D3, and a probiotic should do the trick.

5. Check your thyroid. If it is out of balance, get it treated.

6. Detox from mercury or other heavy metals with a medically supervised detox.

8. Get eight hours of sleep every night.

9. Exercise your mind. Regularly challenging yourself mentally builds up the brain’s ability to cope with disease. Some examples: take a course, learn a new language, do puzzles or quizzes, play card or board games, read or write.

Even if you are not suffering from cognitive decline these steps will help to prevent the aging of your brain.

Next order of business

– other vegetables at least once a day

– berries at least twice a week

– fish at least once a week

– poultry at least twice a week

– fried or fast food less than once a week

– olive or avocado oil for cooking

– less than one tablespoon of butter or margarine per day

– less than a serving of cheese a week

– fewer than five pastries or sweets per week

– one glass of wine or other alcoholic drink per day

Coconut oil is the very best food to prevent or reverse dementia.  Pour it in your coffee, on your oatmeal, or anywhere you like.

You don’t have to have a perfect diet to benefit.

Target one or two of the above at a time to improve your brain health.

Here is a list of the very best foods for memory:

Plant-based compounds called polyphenols are effective antioxidants and oxidation is not a good thing in the brain when it creates free radicals than can screw up cellular functioning. After certain anti-inflammatory drugs such as Aleve or Motrin were shown to reduce the risk of Alzheimer’s in older people, Dr. Small and other researchers became interested in safer ways to exert those effects since the drugs tend to have side effects.

Related articles to support this:

I’m a Neurologist, and These Are the Brain-Healthy Foods I Eat Every Day

Now of course we must not forget the “things to avoid” section.

Avoid anything from questionable manufacturers.

Many times these supplements are made using the same equipment as other products which could taint the batch.

Avoid anything that is much cheaper than competitors.

Cheap in price, low in quality.

These are usually scams.

You will be asked for your credit card to be charged for only the shipping fee, but these unscrupulous scamsters will enroll you in a monthly auto rebill scheme without you even knowing it. And they are very hard to get out of, short of canceling your credit card.

Your local Alzheimer’s Association can connect you with the resources you need to cope with this challenge. From their site here are some treatments for dementia behavior:

Events or changes in the patient’s surroundings often play a role in triggering behavioral symptoms. Some examples are moving to a new residence, changes in caregiver arrangements, admission to a hospital, being asked to bathe or change clothes.

Dementia and What to Do, Cont’d

Because dementia patients gradually lose the ability to communicate, their comfort must be monitored and their needs anticipated.

Drug side effects, discomfort from infections such as ear infection or urinary tract infection, and problems with hearing or vision must be dealt with in a timely manner. 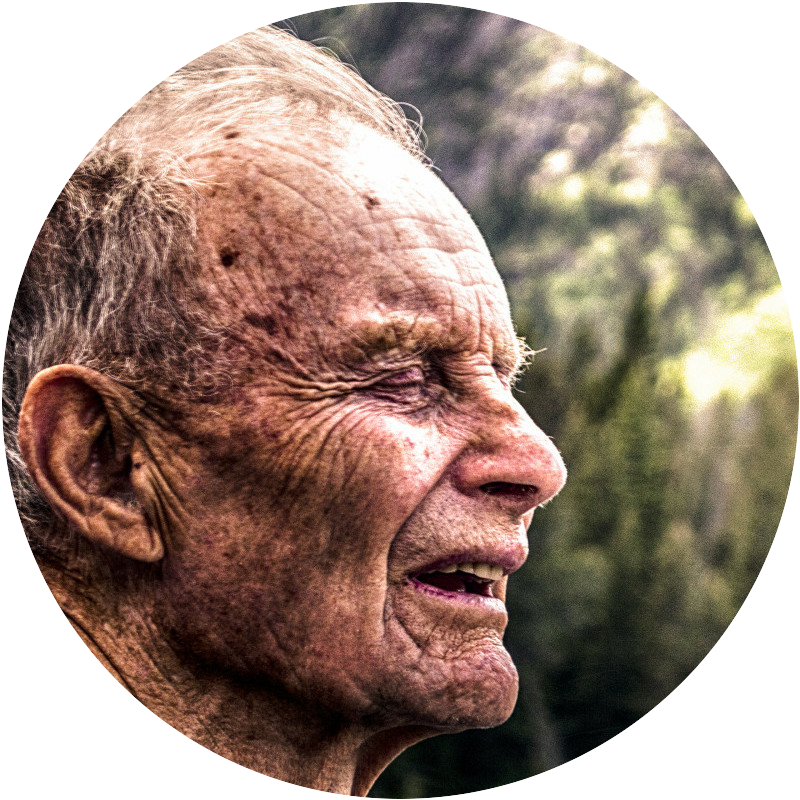 In dealing with the sufferers, avoid being confrontational or arguing. Redirect the person’s attention. Create a calm environment, provide a security object such as a special blanket or stuffed animal, and above all, do not take their behavior personally.

Music is one of the best things to do for more advanced dementia patients.  Music for dementia sufferers keeps them from getting irritable or frustrated.  Just have their favorite kind of music playing softly in the background.

Studies have shown that music dementia sufferers tend to respond to positively is Big Band music.

AlzConnected is an excellent source for learning coping tips and finding support from other caregivers.

There seems to be no solid cure for these forms of dementia that is being publicized, as yet. However, the light at the end of the tunnel is creeping ever nearer due to ongoing research.

In the meantime our goal is to make the sufferers as comfortable and content as possible.

PS: We hope you have found something valuable here. Knowing what are the different forms of dementia and what to do if you suspect that you or somebody you know is facing it has been the goal. And of course when you consider the rate at which cases are rising, we hope that you will practice the preventative measures we have laid out.

Now, we didn’t want to get your hopes up too early, so we saved this until the end: Review of “The End of Alzheimer’s Program”

“Although the source of the quote ‘The definition of insanity is doing the same thing over and over again and expecting a different result’ has been questioned, its relevance to the pursuit of a single drug approach to the treatment of Alzheimer’s disease is unquestionable. Sanity now prevails with Dr. Bredesen’s challenge to the status quo that may well bring an end to Alzheimer’s disease.”
­–David Perlmutter, MD, from the foreword

What Improves Brain Function? | Can You Heal Your Brain?

What is Bad About Processed Food? | The Monster Among Us