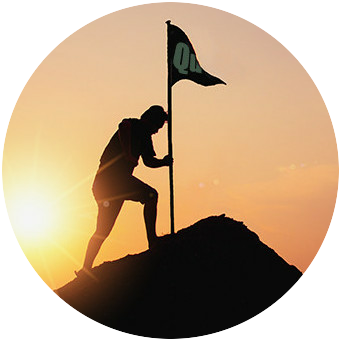 Well, it turns out the best way is also the easiest way!

I know what you’re thinking again. Sorry about that. It’s a gift I hate to waste.

In Canada, they sometimes put little “notes” on or in the cigarette packs. One that struck me once said, “Don’t EVER stop trying to quit.”

I wonder what they’re trying to pound into our minds with that…?!  Think about it.

What if you just stopped, and quit thinking of it as a relentless, ongoing mountain to be climbed. Could it be that there is an addiction industry that has convinced us that something was true that wasn’t for the purpose of sucking money out of our pockets, and as a bonus are keeping us on a death list?

That might sound like conspiracy, and it ain’t called that for nothing. And with that in mind, I went about seeing if it was true. And whether or not my results are more or less attributable to believing the “addiction” was psychosomatic, the evidence doesn’t lie, and I can tell you that it was pretty easy for me.

But if you’ve never tried quitting smoking cold turkey, the thought of it probably sounds really hard, and makes you widen your eyes and your heart beat a little faster. And if you have tried in the past to quit cold turkey and failed, maybe after reading this article you will feel you know how to try it again, optimistically and confidently.

The best quit smoking method is…

Stop trying to quit smoking and just be done with it!!

Okay, maybe it’s not that simple. Or maybe it is. Please keep reading. I may expound on my story, but will try to not focus on globalist conspiracies, from here-on-in.

Is Social Anxiety Curable? | Yes. And It Is Very Simple!

How I Quit Smoking Cold Turkey

I hope you know what “cold turkey” means, otherwise the above subtitle is going to sound bizarre.

I don’t know if young people still use this term, but in case anybody doesn’t know, to “quit cold turkey” means that you do not try to wean or “taper off” the use of an addictive substance. You just quit, and suffer through the difficulty of it, until you feel stable enough to function normally.

I know that everybody is a little different. It is going to be a lot harder for some people than others, but there are two fundamental things you need to quit smoking:

1. You have to really want to and decide, like you are ramming a flagpole into the ground.

2. You have to vigilantly start to see yourself as a non-smoker. 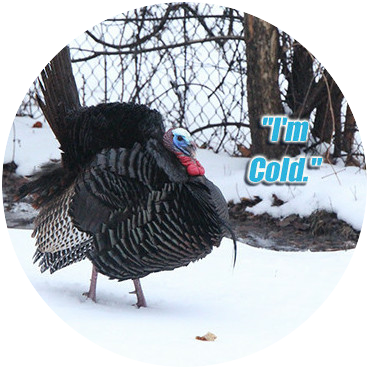 Like so many things, your identity dictates your behavior. If you don’t see yourself as successful, you will never be successful. It is the same principle with quitting smoking as it is for financial success, being happy, or being an unhappy failure.

I quit smoking by making up my mind to do it, and making starting again not an option. But it wouldn’t have worked without almost constantly making myself identify as a non-smoker, who was free from the bondage of smoking.

Why Do People Smoke Cigarettes?

“Why do people smoke cigarettes” is a very important question.

Here is another proven natural way to quit smoking and cure social anxiety.

It is because they are believing a lie. They believe they need them, for some reason. We should stop and seriously think about why we would believe this lie, and why we would be enslaved by a false belief and allow our life to be virtually consumed by it.

It consumes you, constantly. You smoke a cigarette. And between putting it out and lighting the next one, you are thinking, “Is it time for another one yet?” Is this any way to live??

When you quit smoking, that goes away, if you then truly see yourself as a non-smoker, and aren’t giving cravings a foothold in your mind. And you can do that by reminding yourself that it is a lie that you “need” a cigarette. The fact is, you actually need a cigarette as much as you need a poke in the eye.

Again, addiction is different for different people. It affects people to differing degrees, but the fact always remains that the degree you are “addicted” to something is always in direct correlation to what you believe. And how easy it is to quit depends proportionately on what you choose to believe. You can fixate on needing a cigarette. Or you can not. But where you focus your belief will determine where you end up. And if you don’t think you could ever quit, then you never will. But it starts in the domain of belief, one hundred percent.

Remember, I am just telling you how I did it. I don’t have anymore “willpower” than you do. In fact, anybody who has known me long would tell you that I have an “addictive personality”. But that is another lie that you don’t want to believe. If you do, you have a classic and certain identity crisis. Your personality has nothing to do with it. If you have an empty hole you find yourself trying to fill with things that make you feel good, you need to look at why that hole is there. I mean, if you want to.

I have quit a “chronic” (another BAD word) alcohol habit, which nearly killed me, and cigarettes at the same time! Not because I have a ton of willpower, or courage, or anything of the sort. Neither willpower or courage are things that some people have more or less of than others. Nobody has either on tap. They both start with a decision, and are something you DO, because you choose to believe that fear and weakness are not who you are, and that they are, in fact, an act of your will, which everyone has (not willPOWER) and when I quit, just making the initial decision was by far the hardest part. 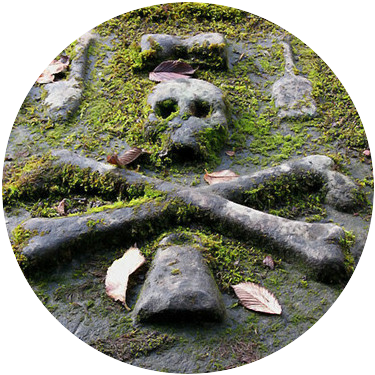 The harder you ram that flagpole into the ground, the easier the rest will be. I knew this somehow, in the moment. And it was H-A-R-D! For about 10 minutes. Because I knew that once I threw the pack away, that would be it. And once I did, the rest was instantly easy.

I know that these have worked for a few people. But I also know a hundred people that they didn’t work for. Using nicotine patches to quit smoking, to me, is like fixing a flat tire by sticking the nail back in the hole. Usually they don’t really want to fix it. And it is just a toilsome struggle, until they give in to the lie that brings them back into bondage.

In essence, the lie actually IS the bondage. Deal with the lie, see it as such, and you are home free.

Nicotine And Cancer: Are You Among The Misinformed?

To Sum It Up

I am imagining a bunch of people yelling at me for this article. I’m getting used to that, though. But again, I will say that what is the easiest way to quit smoking for somebody might be different for somebody else. If you have quit smoking successfully some other way, I am happy for you, believe me.

I don’t want to ever have another ten minutes like it again. I would rather be kicked in the junk by a kangaroo.

But after it was over, I can’t say there was ever a time when I felt so free and strong. I ran 20 blocks to where I lived, in a blizzard, singing triumphantly. I really did! I knew I was finished with smoking.

The best quit smoking method there is is cold turkey, I firmly believe, but you have to do it right. You have to be consistently deliberate in reminding your thoughts who is boss, and cultivating the identity of a person who doesn’t smoke. And as long as you don’t, guess what? You are a non-smoker!

But again, it is how you begin that is crucial.

This article deals with how to tell your thoughts who is boss, and would be appropriate to read, at this point

Of course, like any addiction, there are underlying causes that usually need to be identified and addressed. But you will find it always comes down to identity. You are what you think you are. Do you like what your thoughts are saying about you?

If not, entertain some different ones.