Which Is Healthier – Oatmeal or Buckwheat?

Well, today I decided to address this question as, in my opinion, not much is ever mentioned or known about buckwheat. And, no, I am not referring to Buckwheat the cute but mischievous little guy from Little Rascals. 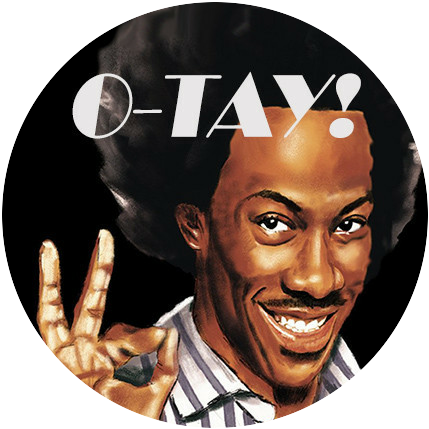 So here is what I discovered.

Firstly I will explain about buckwheat for those who are like me and have rarely heard of it. It is a hugely nutritious grain-like seed.

It is what is referred to as a pseudocereal as it is like cereal in many ways but does not come from grass, unlike most cereals. It is the seed of a plant related to rhubarb. It has been cultivated for at least one thousand years in China, Korea, and Japan where it is made into soba noodles. This product has become more popular in the West relatively recently as a substitute for wheat pasta. Hulled buckwheat kernels are called groats.

Buckwheat does not contain gluten, so for celiac disease or gluten intolerance sufferers it is a terrific substitute. It surpasses rice, wheat, and corn in almost every health related way. In plant form it grows quickly, thereby not relying on pesticides which is a huge bonus.

And now to the comparisons. As to oatmeal, it is a great way to kick start your mornings, as long as you cook your own and not the instant packs of sugar laden, artificial flavored versions.

Buckwheat is now the popular new kid on the block, as it is a powerhouse of nutrition plus is gluten free.

It has a low glycemic index and all eight essential amino acids. It has a low fat content and more vitamins and minerals such as zinc, copper, and manganese than other grains.

Buckwheat Is One of Those High In Fiber Foods

The fiber found in buckwheat is the soluble type so more easily absorbed by the body.

Buckwheat is one of those high in  fiber foods, for sure.But it is also high in potassium, and vitamin B2 and B3, and has less saturated fat than oatmeal.

According to the American Heart Association, dietary fiber reduces the risk of heart disease, diabetes, and stroke.

Buckwheat reduces high blood pressure and bad cholesterol and discourages obesity. It is known to be the unsurpassed cholesterol lowering food studied to date. Its blood sugar benefit is due to rare carbohydrate compounds of which buckwheat is by far the richest food source so far discovered.

It is also known as a blood building food as it contains rutin which supports the circulatory system and helps to prevent bleeding caused by weakened blood vessels in hemorrhoids and varicose veins.

Buckwheat Is High in Protein

Being high in protein, buckwheat is a good option for weight management. Research has discovered that high protein foods make you feel fuller faster with lower calories. 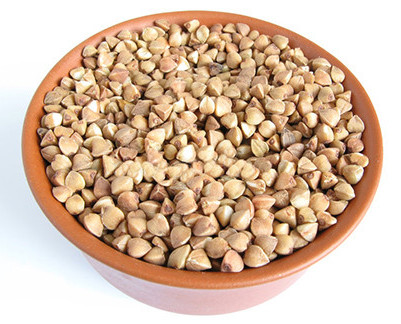 It appears to me that this is definitely a super food so lets look into how we can incorporate it into our daily diet. It can be purchased online as groats, and buckwheat flour can be purchased in grocery stores. Groats are boiled in water and then added to salads, sides, and main dishes.

Buckwheat porridge or pancakes are delicious, with a subtle nutty flavor and
are excellent with berries. I also enjoy buckwheat and raisin muffins as a quick, delicious, and healthy “breakfast on the go.”

Groats are great sprinkled on salads or in sandwiches. Or added to smoothies. The flour can also be baked into banana and other healthy breads.

To include buckwheat in a stir-fry mix the groats with egg and fry before adding the other ingredients. Or add them to casseroles. Steamed in a stock made up of onions, olive oil, and fresh parsley they make a delicious base for soups and stews.

Go to these excellent sites for more delicious buckwheat recipes by Bon
Appetit and AllRecipes:

Obviously buckwheat comes out as the clear winner on my score card. Oatmeal is good but buckwheat is gooder.

Why Is My Child So Overweight | High Fructose Foods List

8 thoughts on “Which Is Healthier – Oatmeal or Buckwheat?”